Another Good Novel by Trollope 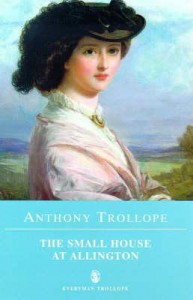 Lily meets a young man from London. They fall in love quickly and become engaged. But Lily's young man, Crosbie, soon begins to have doubts. The doubts are created by the awareness that Lily's uncle does not intend to give any money to her when she marries. This means that Crosbie will have difficulty supporting a wife. He leaves Lily and goes to visit the Earl of De Courcy's family. In the Earl's mansion lives his daughter, Alexandrina, who is desperate to marry. Lured by the money and fame of the family, Crosbie jilts Lily to marry Alexandrina.

Most of the book follows the lives of Lily and Crosbie with an assortment of minor characters, many who are memorable. One person is Johnny Eames, a young man who has known Lily for years and has fallen in love with her. Will he be successful in his suit? Will Lily get over her heartbreak and consider marrying him in the future?

The most interesting character is Crosbie. He is afraid he will lose his status if he marries Lily. He is afraid he will be poor forever. As soon as he becomes engaged to Alexandrina, he regrets it. However, he can not break off an engagement with an earl's daughter. Crosbie finds that he loses status when he marries Alexandrina and all his money is tied up by the family's financier. He loses almost everything he had hope to gain by marrying into the aristocracy. Crosbie will never be happy because he always thinks, "What if I had..."

I was disappointed in Lily's depiction. Trollope leaves us with an indication that she never marries because she was still in love with Crosbie and is determined to consider herself as a widow forever. Since the books ends about 8 months after she was jilted, there certainly wasn't much time for her to recover from a broken heart. I saw her as a young woman determined to be in love and unwilling to admit she made a mistake in trusting Crosbie. She is stubbornly determined to be "faithful" to him even though they had not married. This seems absurd to me and unrealistic. 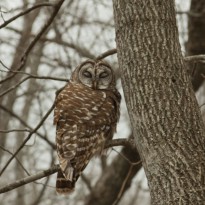